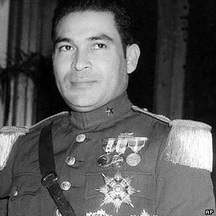 Sergeant Fulgencio Batista
In September of 1933 Sergeant Fulgencio Batista led a revolt to overthrow Cespedes, the previous leader of Cuba. Batista would remain in power for the next 25 years. Later in his term, in 1952, Batista ran for president of Cuba and lost. In order to return to power, Batista led a military coup to overthrow the Government. After his return, Batista banned the Cuban Communist Party. 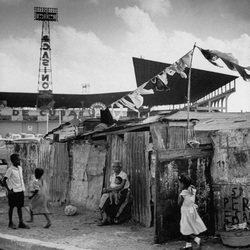 Slums in Havana Cuba 1955
In the 1950's, Cuba appeared to be an advanced country, especially among its struggling Latin American Neighbors. However, near the end of the Batista reign, unemployment became a huge problem. Over a third of the Cuban population and more and more of the middle class grew to be unemployed. This continued until Sergeant Batista was exiled in December of 1958.

These were the conditions in Cuba that sparked the Communist Revolution from 1959 to 1966.
next page