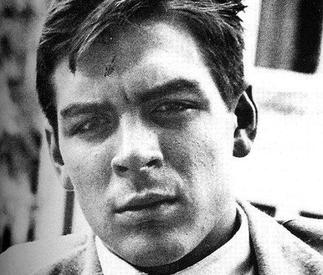 During his free time at the University, Che spent it reading, playing chess, or playing rugby.(II)  It was at the University of Buenos Aires where he got a liking for both chess and rugby.(III)  He became very good at both activities while attending the University.(IV)

Also, while at the University of Buenos Aires, Ernesto Guevara began to believe in the values that would later turn him into the famous revolutionist that he is known for today. It was at the University where he began to believe in Socialist and Marxist beliefs.(V)  He saw these beliefs in the books that he spent time reading, often by Joseph Stalin, leader of the Communist Soviet Union, or Alfredo Palacios, founder of the Socialist Party in Argentina.(VI)  Through his readings and developing ideas and beliefs, it was also at the University where Ernesto Guevara began to have a hatred towards the United States of America.(VII)

Ernesto "Che" Guevara found a liking towards hitchhiking and traveling during his years at the University.(VIII) It is this enjoyment of traveling and hitchhiking that would lead Che into his famous motorcycle journey told in his "Motorcycle Diaries."(IX)
Next PAge