the arguments for el che 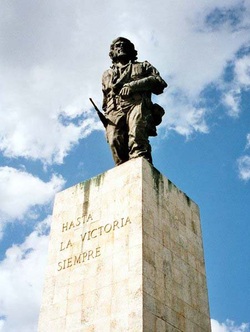 Che was able to accomplish more in his short 39-year life than most people accomplish in the entirety of their lives.  His Literacy Campaign alone was able to raise the literacy rate by a stunning amount.  His Literacy Campaign has served as an example for other poor, illiterate countries, and he is seen as a hero of Latin America: "Like Jose Marti, Emiliano Zapata, Augusto Sandino, Farabundo Marti, and Camilo Torres, Che is one of those heroic figures who died still fighting, gun in hand, and who have become, forever, seeds of the future planted in the soil of Latin America, stars of hope in the heavens of people’s aspirations and desires, glowing coals banked under the grey ash of disappointment and disenchantment." (I) 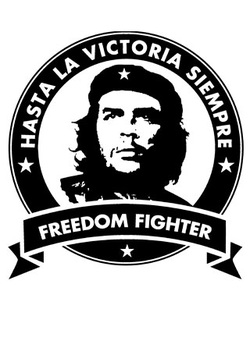 Despite struggling with asthma his whole life, Che was a great (maybe even excellent) soldier.  He was a part of the guerrilla resistance to the Batistan government.  Che's life burned with such intensity, and his words were always followed by actions that supported those words.  It is this essence, the pureness, the adherence, that has made Che such a hero to Latin American countries.  "﻿﻿What we have done for ourselves alone dies with us; what we have done for others and the world remains and is immortal." - Albert Pike.  This quote describes why Che Guevara was great.  He was able to do so much to improve Cubans' lives, from heightening literacy rates to fighting to overthrow Batista.  He is also known for his land reform policies, which removed land from the rich and re-distributed it to other farmers who could make better use of the land. (II)

next page
Powered by