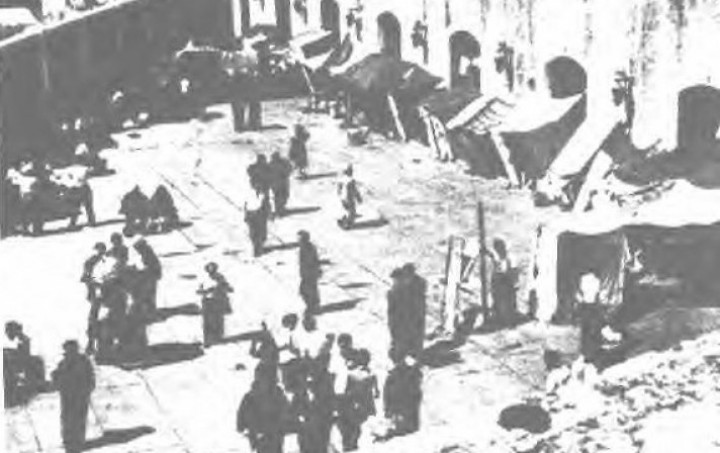 In 1961, La Cabana held a political prison for Fidel's enemies.  Che was placed in charge of it.  The following are accounts by prisoners.

"Several men who survived La Cabana prison recall a night when a 14-year-old boy was shoved into their holding cell. When asked what he did, he gasped that he had tried to defend his father from the firing squad, but was unsuccessful.
Moments later, guards dragged the boy out of the cell, and Che Guevara himself ordered the boy to kneel down.
The jailed men screamed "assassins!" and watched out of their cell window as Guevara took out his pistol, put the barrel to the back of the boy's neck, and fired." (1)

"There were about eight hundred prisoners in a space fit for no more than three hundred: former Batista military and police personnel, some journalists, a few businessmen and merchants. The revolutionary tribunal was made of militiamen. Che Guevara presided over the appellate court. He never overturned a sentence. I would visit those on death row at the galera de la muerte. A rumor went around that I hypnotized prisoners because many remained calm, so Che ordered that I be present at the executions. After I left in May, they executed many more, but I personally witnessed fifty-five executions. There was an American, Herman Marks, apparently a former convict. We called him “the butcher” because he enjoyed giving the order to shoot. I pleaded many times with Che on behalf of prisoners. I remember especially the case of Ariel Lima, a young boy. Che did not budge. Nor did Fidel, whom I visited. I became so traumatized that at the end of May 1959 I was ordered to leave the parish of Casa Blanca, where La Cabaña was located and where I had held Mass for three years. I went to Mexico for treatment. The day I left, Che told me we had both tried to bring one another to each other’s side and had failed. His last words were: "When we take our masks off, we will be enemies.'" (2)

Next page
Powered by